Purchasing a Server for a Small Business

Considering purchasing a server for your small business? Deciding on the right server is often challenging. There are many factors to consider. We have outlined many of the ones we consider to be key factors below.

1. Businesses Still Buy Servers in the Age of Cloud?

They do. There are multiple reasons to buy servers for small businesses. While some businesses are increasingly using cloud solutions for some or all their infrastructures, many still need to control their data internally. Most businesses that even already use cloud solutions, still find it beneficial to maintain backups onsite. While for some others the reasons for having an in-house server infrastructure is purely regulatory, many prefer to manage and control their own infrastructure without having to worry about any security risks that they do not control, and without having to spend license fees on an ongoing basis.

2. Should I Buy New or Refurbished?

Going the refurbished route allows you to avoid compromising on performance if you’re working with a limited budget and buying a server for small business.  Small businesses usually prefer buying refurbished servers because they’re focused on getting the best specs at the most affordable price. The other advantage of going with a preowned server, such as a hp small business server, is that you’re able to configure and customize it to your own needs. There are infinite choices when it comes to picking the parts you want in the server, and the secondary market for used servers is so mature and liquid that all these different parts are usually readily available at very attractive prices. Some of the other advantages include, you’re helping reduce electronic waste, you’re able to receive your purchase within a couple of days of placing your order (lead times for buying new servers are often prohibitive), spare parts are readily available, returns are hassle-free and shipping costs are low and often even free.

Once decided, and assuming you’ve decided to purchase a repurposed server, you need to make sure to identify a reputable seller. Very similar to the used cars market, server resellers are many. Doing a little research ahead of purchasing will go a long way. Make sure you’re going to purchase from someone who will provide you with the after-sale support that you will likely need.

If you’ve decided to purchase a new server for business, the top brands to consider would be Dell, HP or IBM. Some of the lesser known brands that sill use very comparable parts, but are available at more competitive prices, would be SuperMicro or ZT Systems. The reality is, whatever brand you ended up settling on, the parts in the servers (processors, memory, hard drives, etc.) are going to be almost the same. What you need to consider here is most likely the resale value of the server, which will be important once you’re due for an upgrade. The brand that maintains the most value in the secondary market is Dell. While HP servers also maintain value in the secondary market, their market is also much less liquid than it is for similar generation Dell servers.

If you’ve decided to purchase a refurbished server on the other hand, and while the choices of brands are the same, you may be more concerned about ease of use, and more specifically, how easy it would be to setup these servers and actively manage them within your infrastructure. With that in mind, Dell servers are most often the preferred option here, which is why the market for used Dell servers is so much more liquid and active than that of its counterparts.

4. Should I Go with Tower Servers or Rack-Mountable Servers?

In principle, it really depends on the number of servers you plan to have. If you’re planning on having just one or two servers and you don’t already have a server rack, then you’re probably better off going with a tower server. If you plan however on having several servers, you’re better off going with a rack, which would allow you to have several servers without taking up much space. Rackmountable servers (or rackmount servers) follow a specific unit of measure – referred to as a Rack-Unit (RU) – that corresponds to the height that server would occupy in a server rack. A 1U server means a server that takes up one RU in a server rack. Most common servers usually come in either a 1U or 2U form-factor, but others may go higher. If you’ve decided to purchase a rack server, make sure you purchase rails that basically allow you to insert the server in the rack. Sliding rails (as opposed to static rails) are usually best as they allow you to slide the servers in and out of the rack easily.

5. Understanding the Specs You Need

The trade-off when picking your processors is going to be, for the most part, number of cores vs. speed. While other factors do come into play here, such as clock-speed, total cache, voltage, and more, these are usually the main two factors that you want to be focused on.

If virtualization is not a primary factor for you however, and the number of virtual machines is not as important, then you’re probably better off trying to get processors that have a higher speed but lower number of cores.

One thing to note is if you’re concerned about energy-efficiency, you probably also want to go with a lower processor speed (the lower the processor speed, the less energy your server will consume).

In terms of memory, you’re probably going to target a total capacity. That said, a few things to keep in mind. By maximizing the number of sticks and minimizing the capacity per stick, you are getting the most affordable option. As an example, if you need 48GB of memory, getting 12x 4GB sticks is cheaper than getting 6x 8GB sticks.

As is the case with thinking about total memory capacity, you’re probably going to focus on total storage capacity. Beyond the obvious (storage capacity), some of the key considerations for hard drives include state, speed, interface, throughput and form-factor. 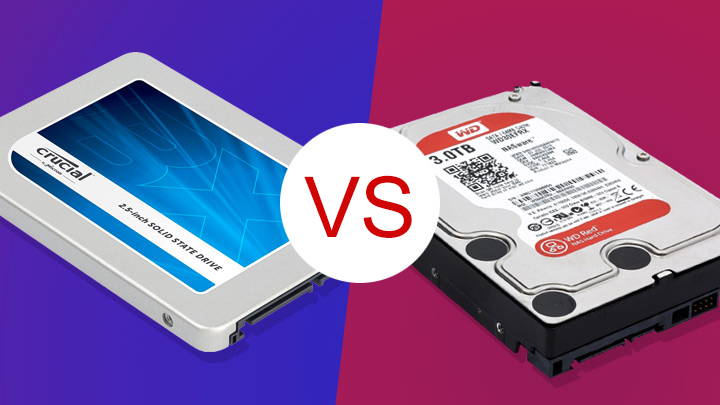 Solid state drives are much faster, but much more expensive than spinning drives. In a solid-state drive (SSD), information is stored in microchips. A spinning drive on the other hand uses a mechanical arm to move around and read information which is stored on the different drive sectors, making it much slower than an SSD.

Interface (for Both SSDs and HDDs):

We used to have Small Computer System Interface (SCSI – pronounced scuzzy) drives, but these have all but vanished. The two prevalent interfaces today are SATA and SAS (Serial-Attached SCSI). Most SATA drives are usually 7.2K while SAS drives usually go up to 15K in terms of speeds. Basically, SAS drives for the most part are much faster, but they are also much more expensive. SAS drives are also considered more adequate for robust IT infrastructures than SATA drives are.

Throughput (for Both SSDs and HDDs):

Measured using Gigabytes per second, throughput refers to the input/output operations (IOPS) for a drive, or how quickly a drive is able to read and write commands every second. The lowest drives usually have a throughput of 1.5GBPS and are not adequate for high performance operations. The most common drives have throughputs of 3GBPS or 6GBPS. There are also higher throughput drives, such as 12GBPS. The higher the throughput, the more expensive the drive.

The two different form factors are 2.5” (small form factor – SFF), or 3.5” (large form factor – LFF). Small form factor drives are usually much more expensive than large form factor ones and they typically have lower total storage capacities. It is important to note that most Solid-State Drives are usually SFF; however, LFF SSDs do exist. In deciding on the server that you will be purchasing, it is important to know whether you’ll be needing SFF or LFF drives since the server chassis can usually accommodate just one of the two. That said, there are hard drive sleds that you can purchase which will allow you to use an SFF drive on an LFF server chassis. Using an LFF drive on an SFF server chassis is not possible.