What is more important: Processor cores or clock speed? 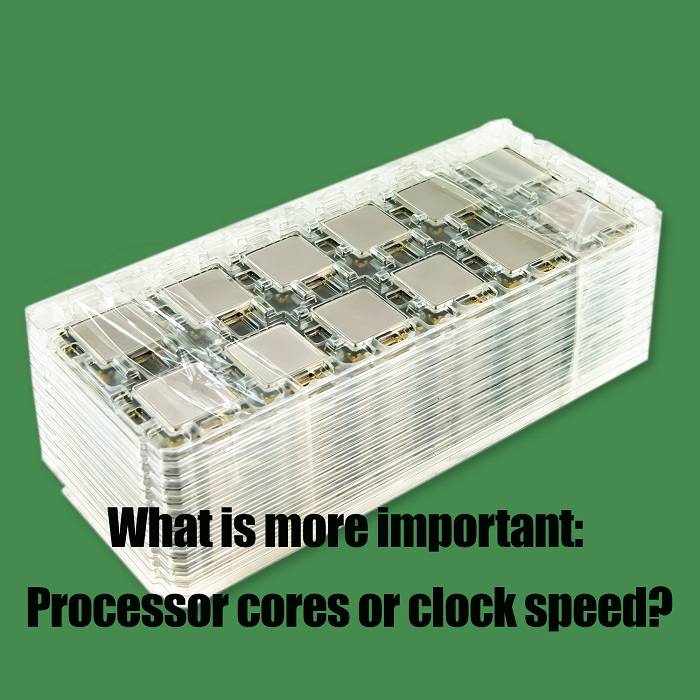 What is a processor?

As busy multitasking beings, we have created a need for faster technology, faster internet and more devices in order to reach our productivity goals. When looking at high performance technology, you will want to look at a device’s processor and its speed.

A processor, referred to as a CPU (central processing unit) is what responds and processes the instructions that drive a computer. It makes the computer run as it should and is considered the brains of the operation. A processor’s speed is measured in gigahertz. Hertz relates to how many cycles a processor can run in a second and a gigahertz corresponds to a billion cycles processed per second. When purchasing a new device, it is important to understand the specifics of what makes your CPU run at a faster speed.

Older devices were built to only have one core but as technology became more demanding, CPUs became more complex. Having only one core, means that the device will only be able to perform one task at a time. For example, a CPU with a single core will most likely entirely freeze if one program freezes. A CPU with multiple cores, allows for the other cores to continue running other programs while you figure out a way to close out the program that is clogging up that one other core. To help you understand this concept better, you can think of cores as the lanes on a highway; the more lanes there are, the less traffic there will be during rush hour.

The verdict: it’s a tie! A faster clock speed can certainly help determine the overall performance of a computer but to get the most out of it, both factors should be considered equally. The most important thing to take into consideration when purchasing a device, is its intended use. If you’re running single-threaded applications such as gaming apps, you will want to focus on a faster clock speed. Multi-threaded applications such as video processing can split one task into many pieces and that is when you will benefit from having more cores.

Know what you’re looking for in a processor? You may find it here.